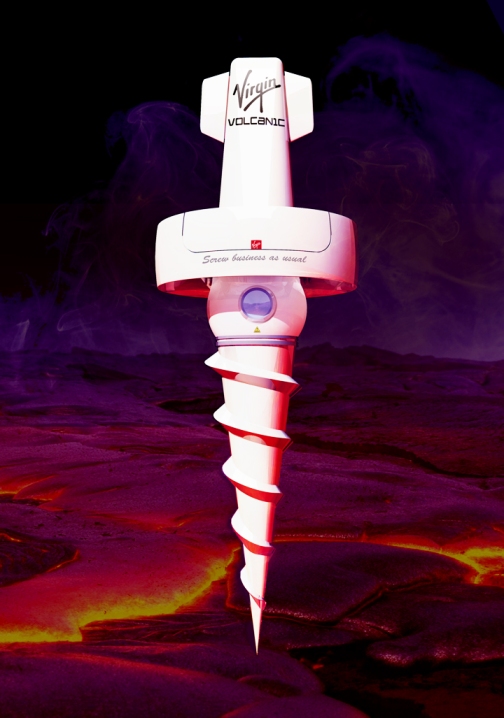 Richard Branson has been known to take the Virgin brand to the extreme, and his latest venture is no exception. The Virgin Volcanic project promises to take people through active volcanoes to the centre of the earth by 2015. Initial earthports will be built in 5 locations:

In a press release about the project, eccentric billionaire Branson said:

I have a long held a fascination with volcanoes having read Jules Verne’s Journey to the Centre of the Earth as a young boy. I decided that one day I would go there too. Alongside our adventures with Virgin Galactic and Virgin Oceanic, volcanoes are the next great unexplored terrain. What can I say, I lava challenge!

On the first journey, Branson will be joined by actors Tom Hanks and Seth Green, filmmaker Barbara Kopple and ‘musician‘ will.i.am, who is set to make the world’s first soundtrack recorded in an active volcano during the voyage. To find out more about the project, and how you could get involved, visit the website.