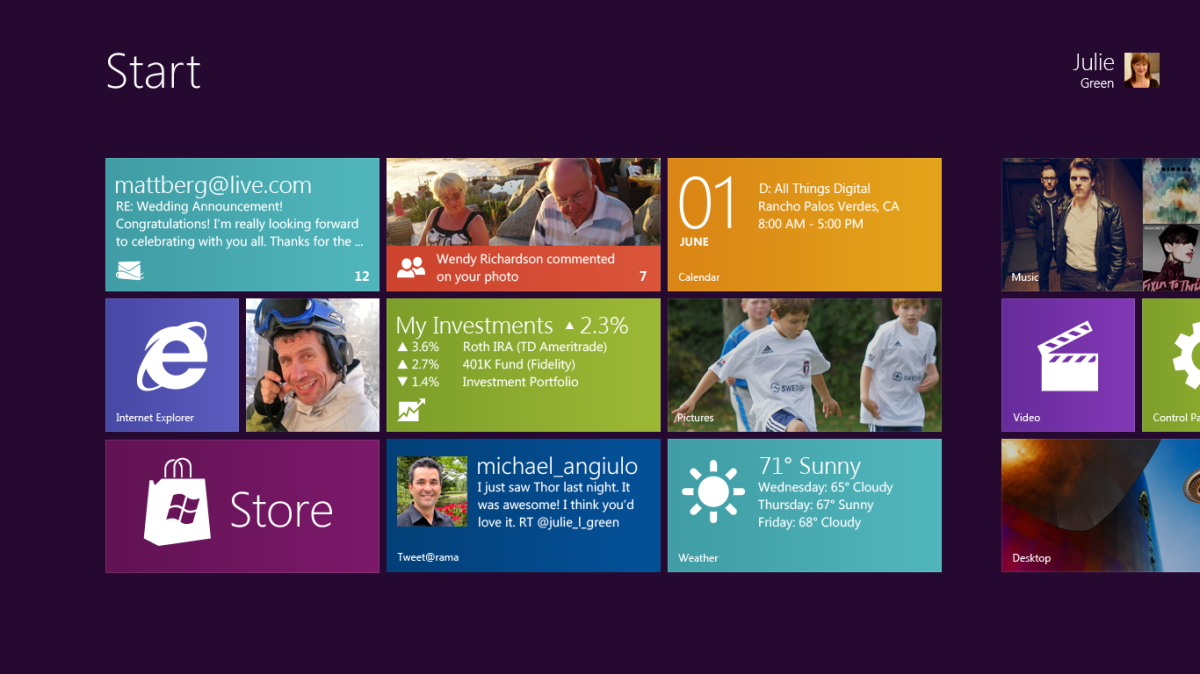 2011 is nearly over and we can all agree that it has been pretty good for tech. Nokia’s credibility returned and people began to talk to their phones. We all know, however, that 2012 can be epic. Here is what we want from the year ahead.

We know it’s coming in 2012 with a beta as early as January. I love the Metro UI on my phone and I am looking forward to seeing it on both tablets and computers, and not to forget Windows Phone 8 that is rumoured to be coming in the third quarter of next year.

Following straight on from Windows 8 comes the Nokia tablet that Paul Ansellem, GM of Nokia France, assured us would be available by June. Due to the recent partnership between Nokia and Microsoft, the ‘Lumia Tab’ would likely be the first Windows 8 tablet so this inadvertent announcement could give us information as to the release date of Redmond’s next OS. Plus, if it looks anything like an enlarged Lumia 800 as My Nokia Blog’s mockup suggested, the DX offices will be full of productive happy bunnies.

Speaking with a French paper, Ansellem said that the fantastic Lumia 800 was like the BMW 5 series. Great, but a 7 series is better. Numerous leaks have suggested that it will be an 800 with a larger screen, the Lumia 900. The 800 is a great phone but in my opinion a 4.3 inch device with a high resolution and HSPA+ is what the market needs. I don’t give a damn about LTE because I hate Ofcom.

The inevitable rise of Windows Phone 7

With the number of apps on the Marketplace recently having broken the 50,000 barrier, it’s no surprise that our favourite OS Windows Phone 7 is growing. Unfortunately it is not yet at the same level as iOS or Android, but hopefully in the next 12 months Microsoft will catch up to their competitors and Nokia will produce some awesome handsets and WP will eat it’s way into the market.

With Steve Jobs having passed on earlier in the year, we still are not sure as to how Apple are going to cope without him. Even though Steve will have planned ahead before his passing, Tim Cook is having to fill a big gap that was left by the father of the modern computer.

I am sure that everyone is looking forward to the final nail in RIM’s airtight coffin which is most likely going to come in the coming year. So yeah. Death to RIM.

Since Leo Apotheker won the idiot of the year award, people have been wondering whether webOS was dead or not after HP announced they were discontinuing its use in their products. However at the beginning of  December, it was announced that HP would be making it open source, in the coming year we are looking forward to manufacturers creating webOS devices.

HTC going for quality over quantity

Apparently HTC are going to completely change their marketing philosophy and go for quality over quantity. Hopefully in the next year we will see something good come from the Taiwanese company instead of such abominations as the HTC Sensation, Sensation XE and Sensation XL. DEATH TO SENSE.