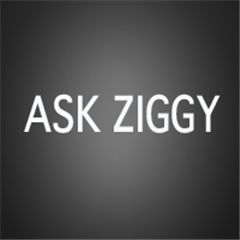 This app is (to quote the description on the Marketplace) ‘your personal assistant that goes beyond Siri functionality’. It is basically Windows Phone’s answer to Apple’s Siri.

To use this app all you need to do is ask it a question and it will give you an answer, rather like Siri. This app however goes into a great deal more detail than its iOS counterpart. An example of this is when I asked Ziggy how old the American President Barack Obama was. The reply was this:

“Barack Obama was born on August 4th, 1961 and therefore he is fifty years old. He is the 44th President of the United States. He is the first African American to be appointed to office.”

As you can see, Ziggy goes into a great amount of detail which cannot always be said for Siri.

If you have a Windows Phone and want to talk to your phone like those iPhone guys do, Ask Ziggy is the app for you.