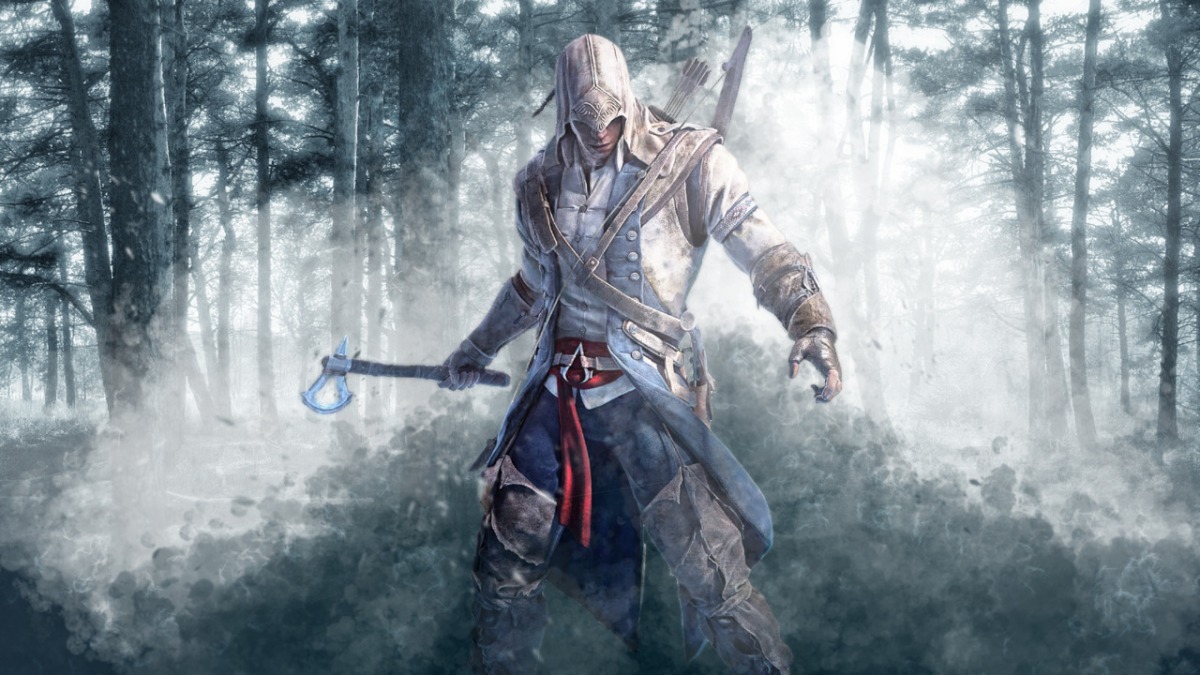 Birdwatching is a column by Eddie King. Views expressed are not necessarily those of Digixav.

The first time I ever played Assassin’s Creed was in Germany many years ago. I spent a full half hour navigating the tutorial trying to figure out what it trying to tell me to do in German. Despite the difficulties in this, I fell in love and when I got my first Xbox it was the first game I bought. Needless to say I got bored fairly soon.  The first Assassin’s Creed definitely deserves the title of a classic game, but at about the halfway point in the plot it requires the determination of a donkey hell bent on avenging his mother’s second cousin’s murder to finish. Five years later much has changed, so how has the memory mooching megalomaniacal man in a dressing gown been getting on? 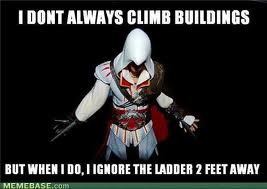 After the revolutionarily intriguing first episode, Assassin’s Creed was well known but not perfect, but then came the sequel Assassin’s Creed 2. If you have not played this game then you should be taken out and shot in front of your families. It was the second coming and it had nothing wrong with it at all. It set the standard for any game that wasn’t racing or shooting. The aspects that made it so successful were the fact that you could climb just about anywhere you could see, the fighting looked absolutely insane, the plot was brilliant and had you wanting the next piece of the puzzle and all of this was in a manageable package that didn’t require ultimate gamer reflexes to operate. At the same time it wasn’t easy either and it certainly wasn’t boring.

If Assassin’s Creed was to Assassin’s Creed 2 what Call of Duty 3 was to Modern Warfare, then Assassin’s Creed 2 was to Brotherhood what Modern Warfare is to Modern Warfare 2. Anal analogies aside, Brotherhood was perfection with every little bit being a little bit better. The introduction of the multiplayer was all that was needed to keep me glued to the screen for a very long time. Even Red Dead Redemption took a back seat at this point. The choice of things to do became more in depth and the graphics were just getting sharper; much like Ezio’s blade, maybe a little too sharp. The first signs of problems had begun to emerge. I had trouble dying. Apart from the occasional stumble and misjudging the occasional free running stunt was all that ever stopped my heart beating. I was becoming worried that Assassin’s Creed was slowing to a crawl so far as new developments were concerned. Admittedly Brotherhood was nicknamed Assassin’s Creed 2.5 but as a new game I was expecting more and certainly more of a challenge. 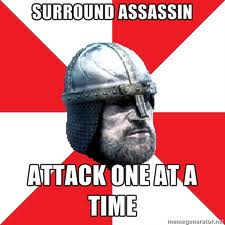 Revelations again wasn’t quite Assassin’s Creed 3 but more Assassin’s Creed 2.750861 and it was the same story yet again, with the same easy combat systems in which one button push could dispatch six guards stunningly enough to make Qui-Gon Jinn’s bottom jaw hit the floor and the same fleet of efficient friends who could remove any threat in front of you without even having to draw your sword and the same ability to defy gravity as effectively elephants’ ears when jumping from building to building. Yes, the story has set the stage for a grand finale and pieces of the puzzle have fallen into place that you couldn’t have added otherwise, but it could have been so much better if Ubisoft had injected a little of the original Assassin’s Creed elbow grease and grunt.

Despite all this, I still have the bottom half of Ezio’s face staring me down from behind my desktop and Ubisoft will undoubtedly continue to relieve me of extortionate amounts of money for the privilege of finding ever predictable ways of killing people. I really love the Assassin’s Creed series and I will continue to play it because it is one of the most fun and unique games available today. That being said, I hope that when I hear the gentle rip of plastic that indicates I have Assassin’s Creed 3 in my grasp I will not give a sigh of sadness as I realise I have already played this very game before only with a man with a different accent, but rather a gasp of excitement as I am grabbed by the balls and dragged to a new world of tomahawks and tea into a new experience.