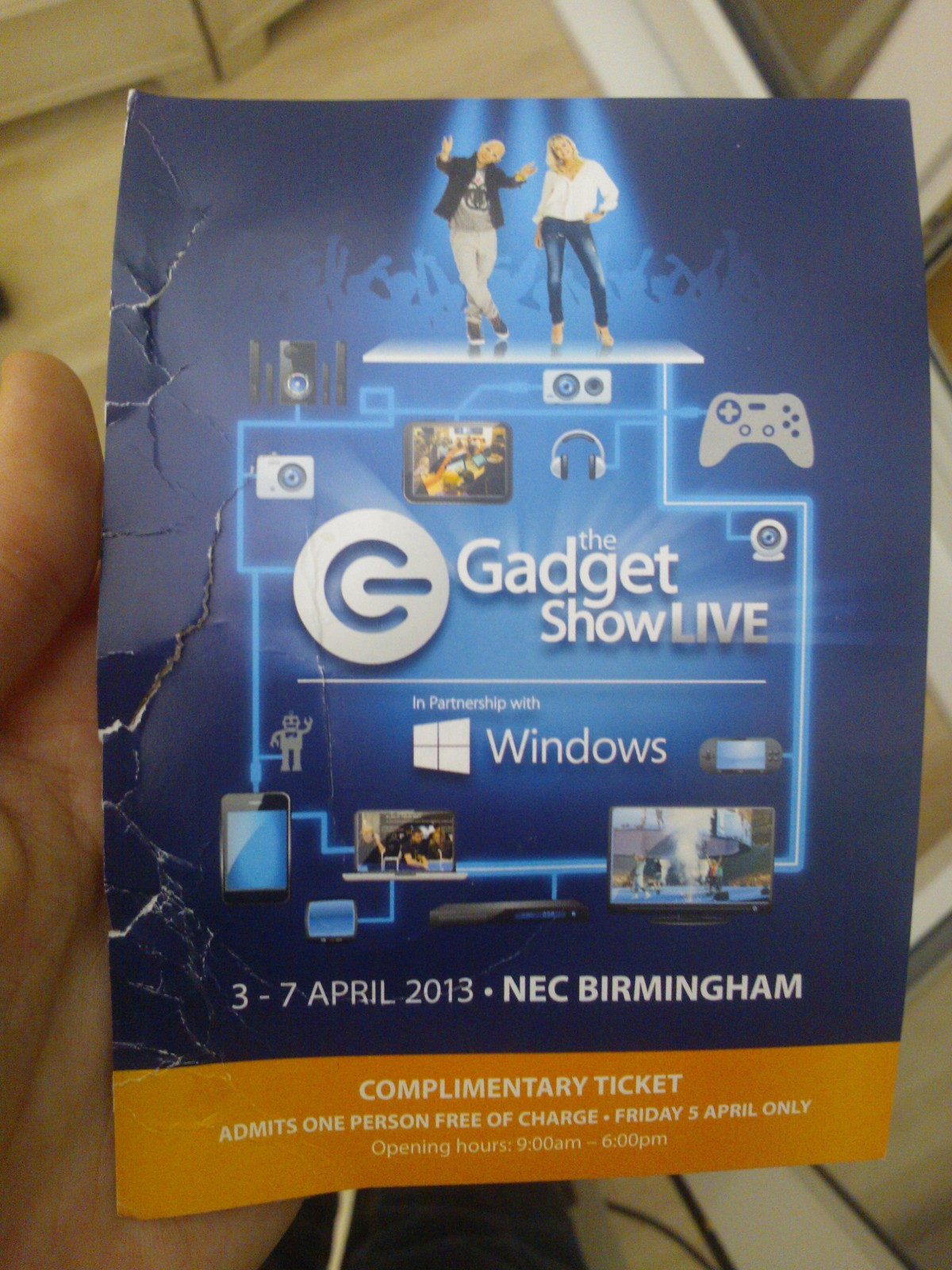 Henry and I went to The Gadget Show Live in Birmingham on Friday, an annual extravaganza for tech companies to show off their latest wares to consumers in partnership with the popular Channel 5 programme, and we decided that we would turn our experiences of the event into a comprehensive report at the end of it. What you will read below this paragraph is the resulting document, which grew progressively more animated as the day drew to a close. What started out as a ‘thoughtful’ and ‘insightful’ piece descended into madness, dictated by bouncing, swiveling and a whole plethora of GIFs. This article is not for those with poor internet connections, but we hope you join us through our journey into the wonderful madness that was The Gadget Show Live 2013.

This was the ticket, which arrived in my hands thanks to a Twitter giveaway from YouTube’s PDTechHD and Otone Audio, whose stand boasted the loudest speakers by far. 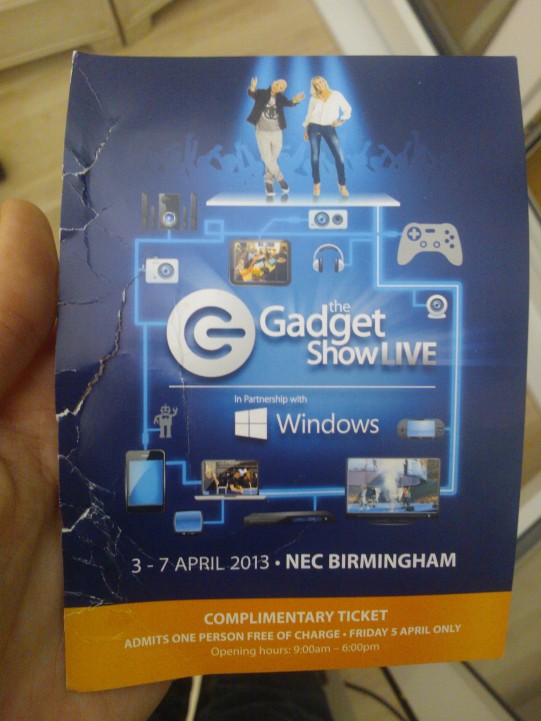 This was the entrance. 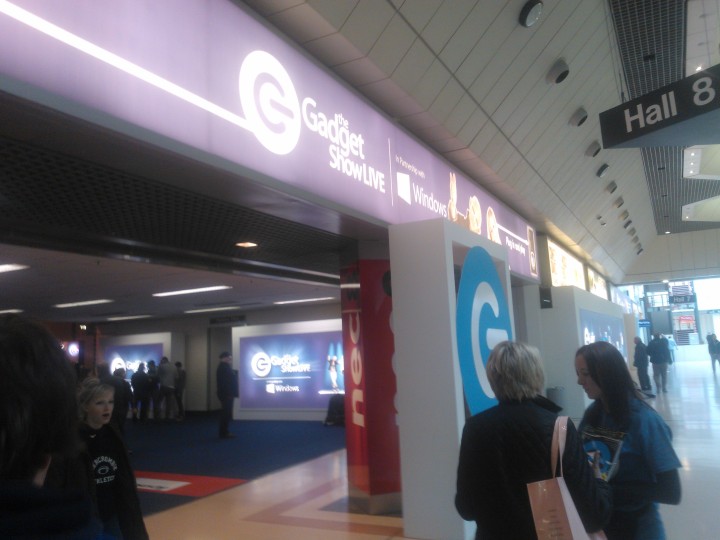 As you can probably tell, the whole event was sponsored by Microsoft, and it became apparent that the company wanted to push its products, mainly Windows, to the showgoers. Dominating the show floor was this stand. 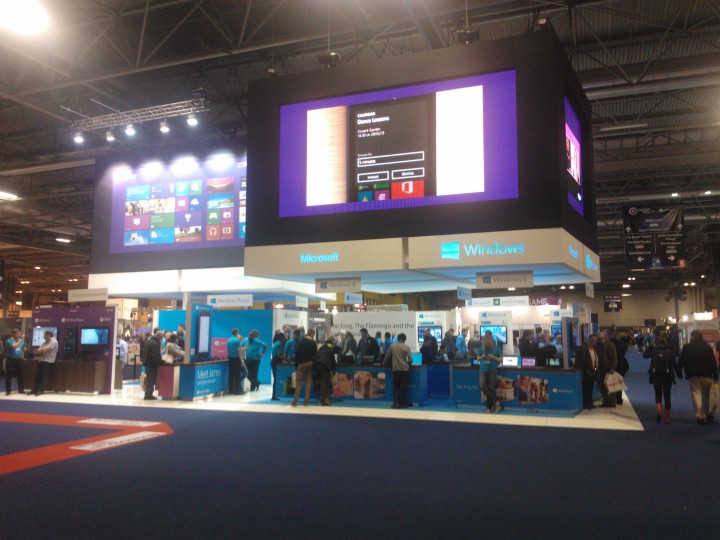 On this stand, you could find pretty much every Windows Phone and bizarre Windows 8 form factor under the sun, so we made GIFs of them all.

What impressed us in particular was the Dell XPS 12. We spent a long time just spinning its screen round and round. 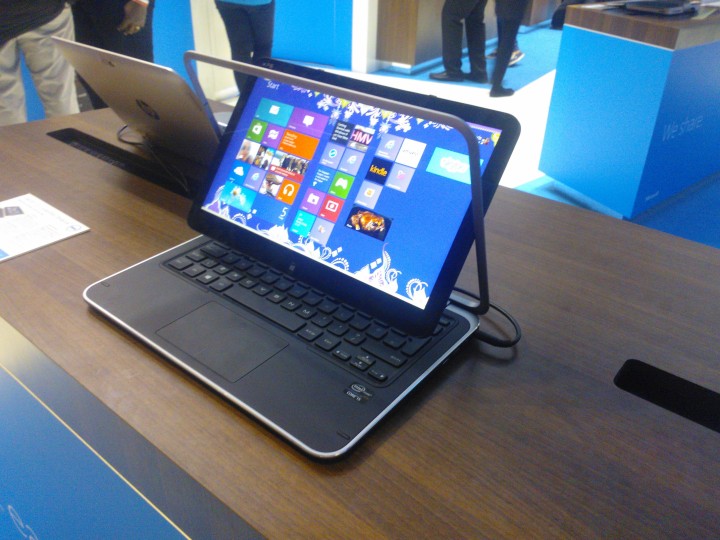 Lenovo’s ThinkPad Twist received similar treatment from both myself…

Henry also took a shine to the dual-screened Asus Taichi.

We both just laughed at Toshiba’s 21:9 offering, though. 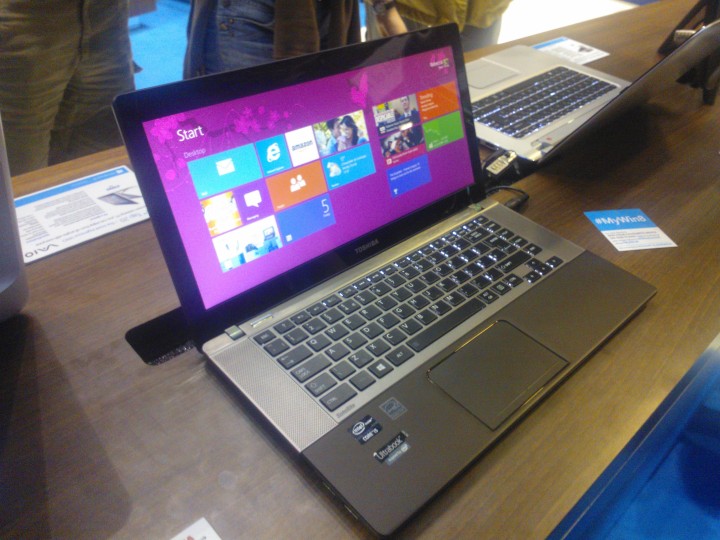 As we moved away from Microsoft’s stand, Henry tried to capture the atmosphere on his Surface RT. 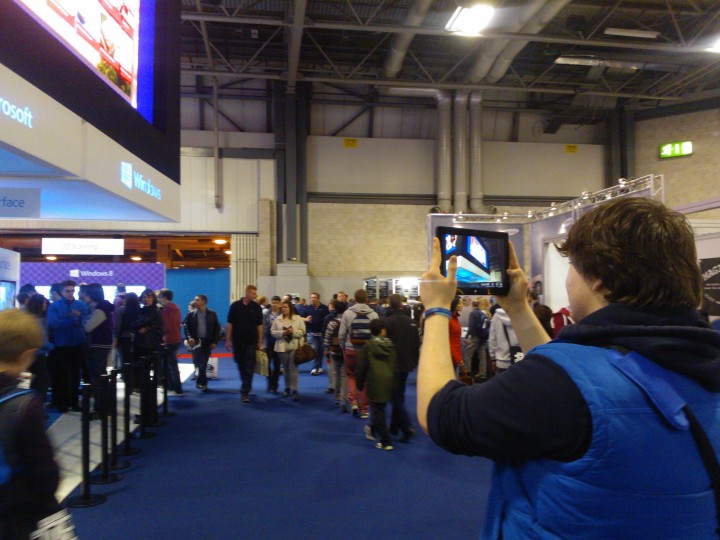 Soon after, we found ourselves in the Game Zone for an on-stage Grid 2 competition. Henry was lucky enough to be one of the 8 competitors hand-picked from the crowd. 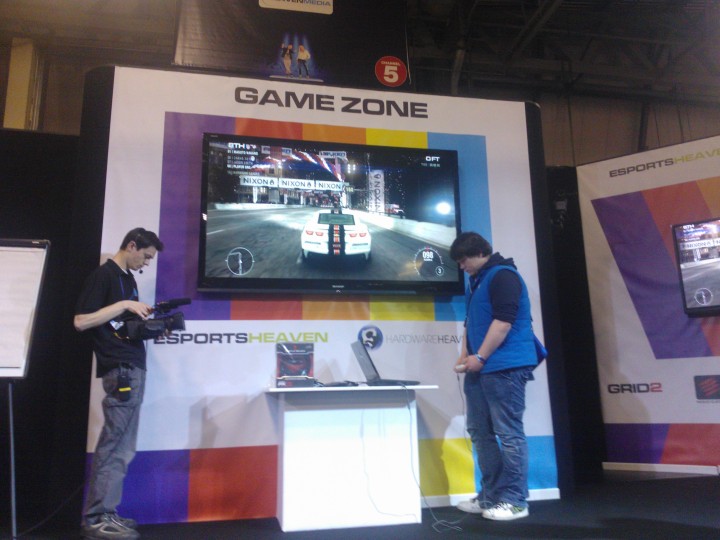 He then faced the embarassment of coming in 4th in front of the gathered crowd. See if you can spot us both by clicking the image for full resolution.

After this, we found some calmer places to demo the game, which is set for release at the end of May. 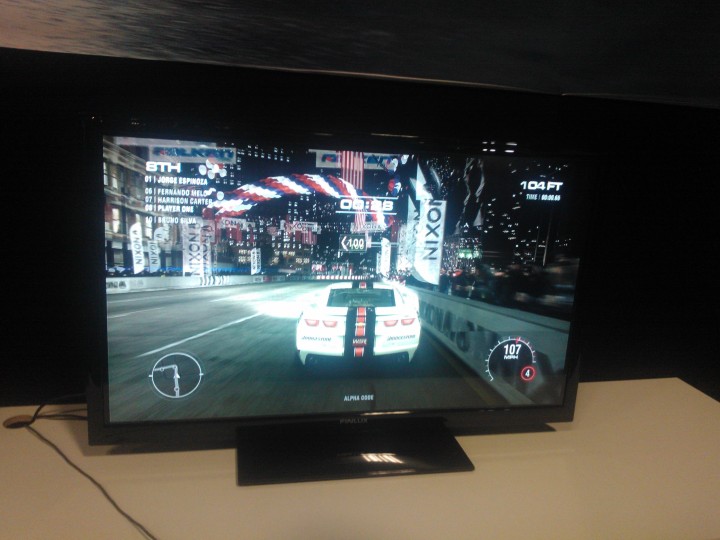 The best one was undoubtedly the LG stand, which let visitors drive round the Red Bull Ring on a £19,999 84″ 4K/Ultra HD TV, shown off in the UK for the first time, coupled with a Vesaro sim racing setup that clocked in at £15,000. Stay tuned to our YouTube channel for videos from this stand later this week. 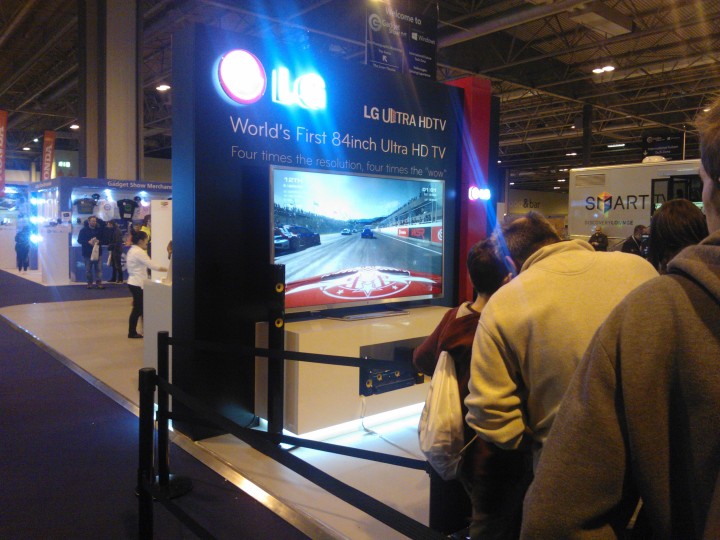 Just next door, Samsung had a few HDTVs, a Galaxy Note 10.1 and a Perspex-encased Galaxy S4. 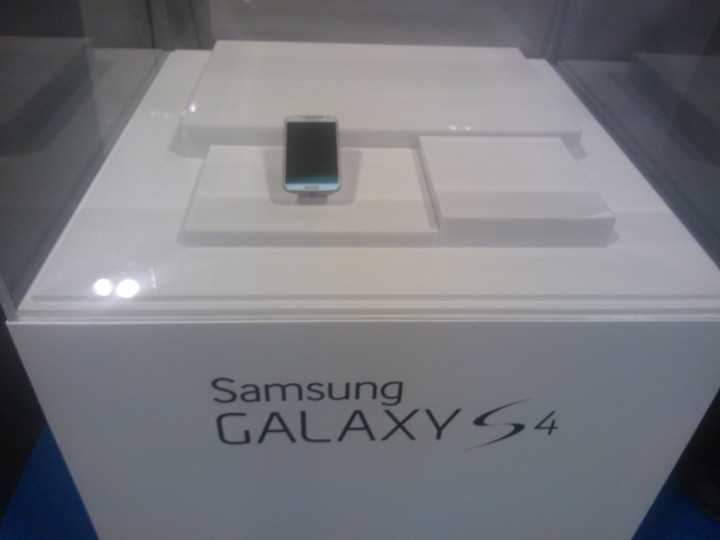 On the other side of LG, Bowers & Wilkins were showing off some bizarre speakers. 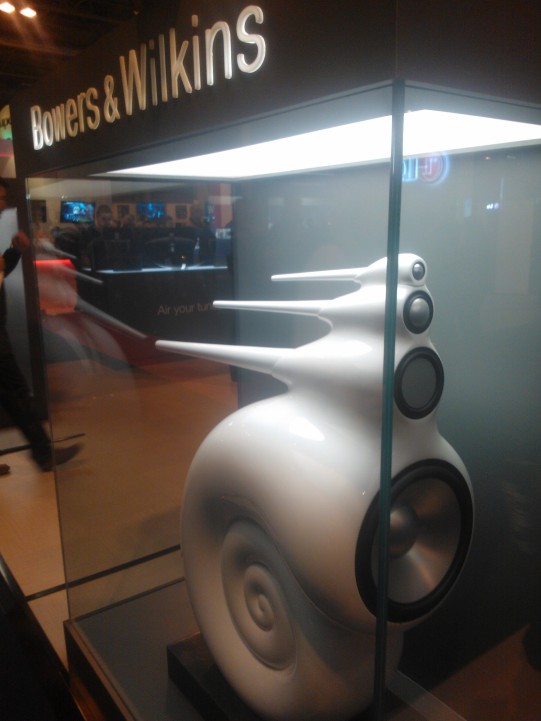 Sony, perched close to Microsoft, had a bus, which was sadly not open to the public. 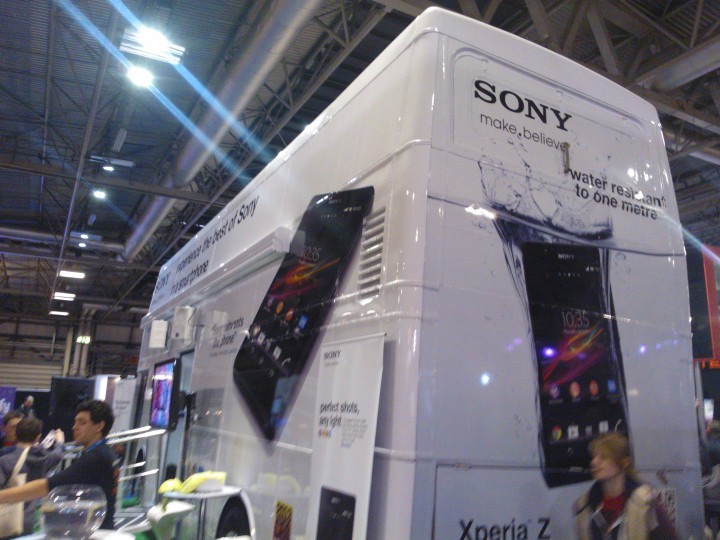 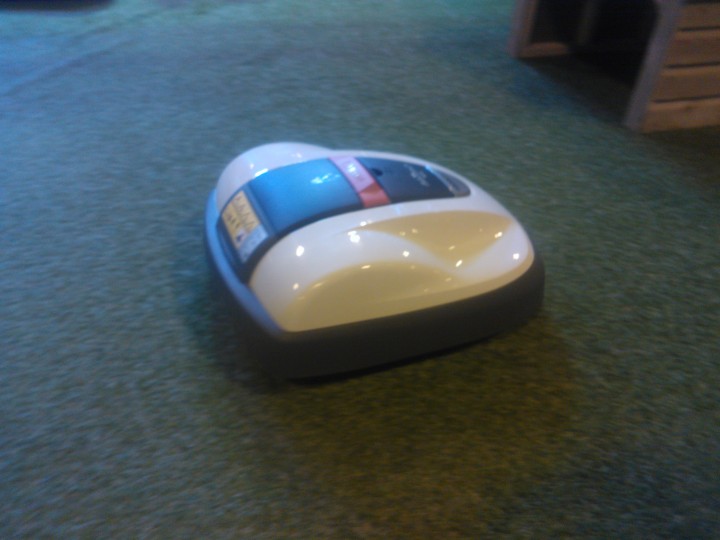 Pioneer’s DJ equipment got Henry up and scratching merrily.

3D printers were all the rage this year.

Parrot’s cage full of AR.Drones being demoed every 5 minutes was prime material for GIFs.

The most fun we had all day was at the end with Kangoo Jumps. We bounced a lot.

Although Henry gained unnatural amounts of pleasure from making unusual GIFs of me.

The opposite was also true, however.

All in all, we had a great day at The Gadget Show Live. It was jam-packed full of cutting-edge technology and definitely worth the 6 hour round trip to Birmingham. From Henry… 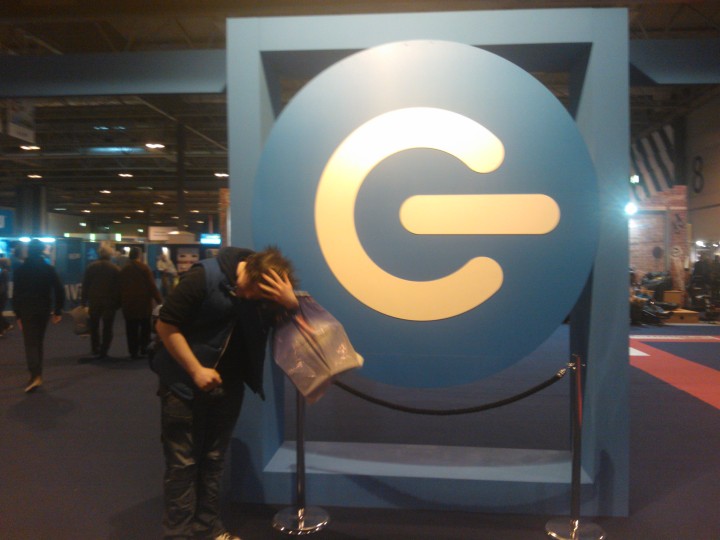 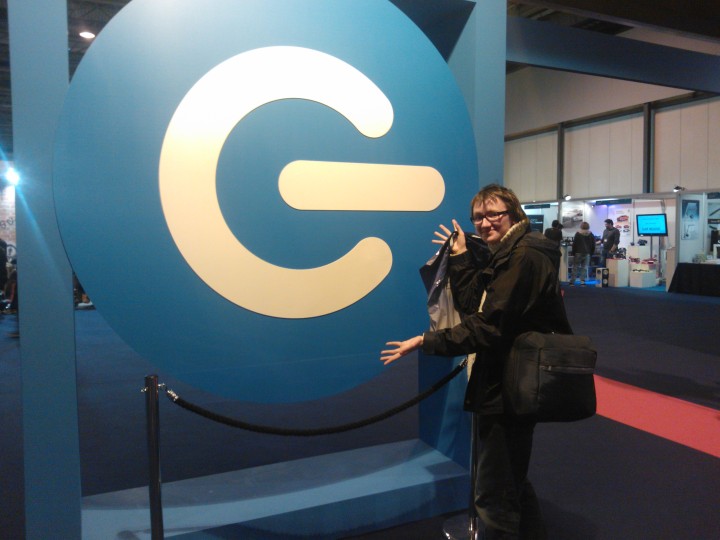 …we hope to see you all there next year!