The PlayStation 4 is a new PlayStation. It has more power and all the kind of stuff you’d expect from a new console in 2013. It’s launching later this year for £349/$399/€399, which is considerably cheaper than Microsoft’s latest offering, the Xbox One. It’s also incredibly small, as this picture displays. Just think how crazy the inevitable PS4 Slim will be in a few years. Could we see a return to something like the PS2 Slim?

Update: It turns out that this image might not be entirely accurate. This image seems to offer a better look at the sizes of all the latest consoles, and, while the PS4 is still much smaller than its opposition, these dimensions suggest it is a bit larger than we were all led to believe. 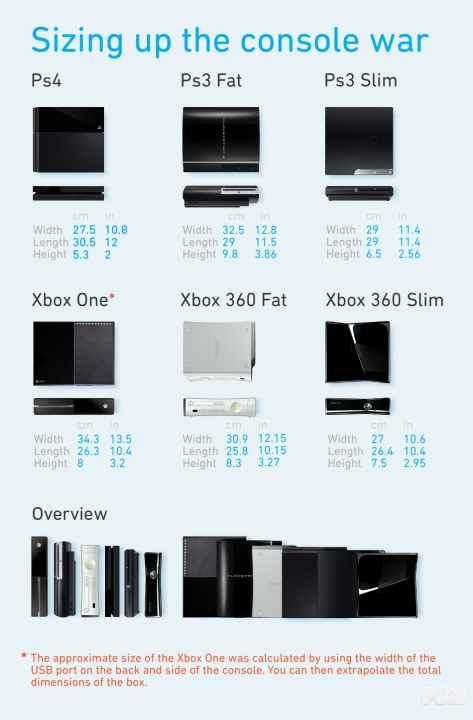