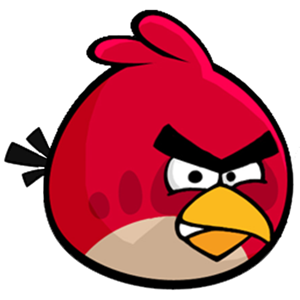 Bird Watching is a column by Eddie King. Views expressed are not necessarily those of Digixav.

The Angry Bird has landed! I seem to be the latest contributor to this acclaimed site, and my specialty is getting very angry very quickly about the things that we all get bugged by. I rant and rage for your entertainment and interest so be bloody grateful. For a time I have been flying high, watching, waiting and searching. At last I have chosen a worthy target to reign down my feathery wroth upon: the enigma of the technological world that is Apple.

I first got passionate about Apple when my uncle bought an original iPod Touch back when America still thought it was a good idea to vote for a piece of shrubbery with a particular low IQ for their President. He would taunt me and only let me use it for limited amounts of time (this was back when I was very young as I say) and it was then I decided to prove that Apple as ineffective as a hammock full of cheese. Unfortunately it didn’t work. No matter what I tried or researched, Apple was seemingly brilliant in every way. At this point the rest of my close family had started believing my uncle and I found myself using Apple products loads. Despite this, Apple is still second to Microsoft and, to tell you the truth, it probably will stay that way for a very long time. This is why.

Firstly there is the price. The biggest complaint about Apple internationally is that you have to own several oil fields to be able to afford the parking space outside an Apple Store before actually trying to buy anything, which means at this point only Bill Gates could contemplate this without bankrupting himself. Usually I take the view that price is no object because if something is worth the quality then save a little and buy something that will serve better and for longer, but that is based on the idea that the other product will fall apart soon after you get it home. But let’s be honest – if you wanted to buy a 15” MacBook Pro for normal laptopping purposes you would have to spend at least a thousand pounds. Yes, you get a lump of beautiful aluminium and some impressive specs, but the same money could get you a Dell XPS, an HP Envy that is almost identical in appearance or even a highly customised Alienware M14x with a wallet-melting solid state drive, all of which certainly aren’t going to fall apart the moment you get them home.

The next problem is when you get it home and you start using it you will find that the entire world has a vendetta against your every wish. Compatibility is lots better than it was a few years ago, but even still you will have to get Windows programs such as Microsoft Office and you will have to re-learn most of what you know about computers because, despite OS X Lion (and the upcoming Mountain Lion) being awesome, being raised in a society that uses Windows means that the ropes once again need learning. It will add up. Then there are the over-stylised looks. In the beginning, they were just arrogant, and in the modern day they may be unique, but they are no longer the only good looking laptops out there as other companies are discovering the revolution of ‘metal’. They still look great but not for the excessive price.

To cap it all off, there is the lack of any gaming opportunities. The only games which you can play will cost too much, be out of date and won’t work online. Boot Camp is a convenient solution for running Windows software, but you still have to buy your own copy of Windows and experience torrid battery life, while additionally losing some of the awesome smoothness that has become Apple’s signature.

And yet even though on paper Apple looks to be to Microsoft what the iPad is to the iPod Touch. But, like the iPad, once you try it you seem to feel as though your life will not be able to continue. Apple are here to stay and will continue to be the overpriced thorn that sticks in every sane person’s side; and why? Because, as I found out all those years ago, it just has an annoying habit of working like a dream. Simple smooth and care free, Apple appeals to everyone from technophobes and graphics designers to designer people who want it to look good and those who are convinced that the internet is a little black box kept safe by some super nerds on top of Big Ben. Yes, you can’t play anything except Minecraft on Macs and you have to pay three times as much for the privilege, but, when you are playing the one game that exists, it will be better than most others. What started as an angry rant has turned into a feeling of acceptance. For all their faults no one in their right minds would dare turn an Apple product away. So the choice is yours, respect, a car, a girlfriend and a life, or a super computer made of adamantium.