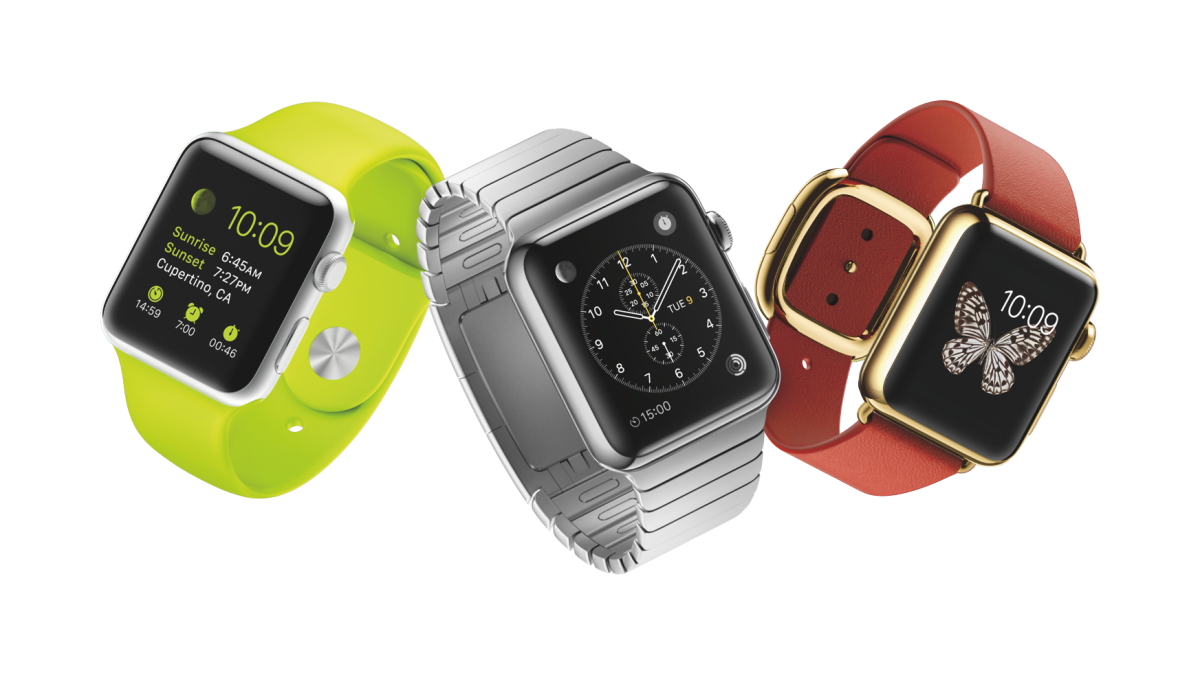 “Can’t innovate any more, my ass,” joked Apple’s Phil Schiller last year as he unveiled the latest generation Mac Pro. After accusations of the company stagnating and failing to put out a revolutionary product since 2010’s iPad sparked the post-PC revolution, Apple’s share price tumbled despite record sales figures.

Though targeted at the likes of video professionals rather than you or I, the ‘trash can’ Mac Pro was a sign of bright things to come. With a unique construction designed to save power, space and noise, the desktop workhorse (and Schiller’s comment) appeared to perfectly represent Tim Cook’s all-new Apple. They were going to innovate. They wouldn’t be afraid to have some fun. They were going to strike back.

Along came September 9th and Cook graced the stage at San Francisco’s Flint Center, bringing with him a pair of new iPhones and the long-awaited Apple Watch. All are clear responses to the likes of Samsung and Motorola, though is the catch-up effort enough to restore Apple to the head of the pack?

The product that’s likely to sell the best is the iPhone 6, the latest ‘base model’ smartphone. I’ve picked apart Apple’s preposterous naming schemes to no end before, so I won’t dwell on the 7 generations and 8 models of iPhone that have come and gone before it, but it’s evident that this is a new phone, rather than an ‘S’ model with minimal aesthetic changes.

Thinner and more rounded than the 5S, the biggest thing you’ll notice about the 6 is the 4.7” 1334×750 display. Although these numbers may sound perplexing, they make sense for Apple’s continued efforts to appease the development community. Though the 5 and 5S had an 1136×640 display at 4”, they share a density of 326 pixels per inch. This means that on-screen elements like icons and text will retain the exact same size and clarity, but the size increase by a factor of 1.17 each way will allow for around 37% more visible stuff at any one time. One such example of this is with the home screen, which has room for yet another row of application icons (though the folders are still 3×3 grids thanks to iOS and its design quirks).

The resolution increase also means, for the first time, that iPhone users have a display that can accurately be called high definition (of the 720p variety, at least). The Retina branding lives on, and the screen is, as I mentioned, exactly as sharp as before. The increased size also puts the 6 closer to par with the Samsung Galaxy S5 and Moto X which both have 5” screens, though they all have even sharper 1080p panels. While it is not entirely unexpected for Apple to finally buck the trend and go for a bigger display (and tout it as a major selling point), switching the party line of ideal phone size from 3.5” to 4.7” shows that Apple is being forced to adapt to the crowds that crow the benefits of bigger, brighter pocket computers.

Inside, the story of iteration rings true yet again, with 20 nanometre transistors promising increased efficiency, better battery life and more power. There’s an 8 megapixel camera that focuses incredibly quickly and can record slow motion video at 240 frames per second. There’s some plastic to make sure that the phone actually works as a phone. There’s even GLONASS, a barometer and an accelerometer to do a bunch of health-type stuff. If you’re looking for a new iPhone, the 6 is certainly the one to go for.

On the other hand, if you’re looking for something obnoxiously expensive that looks like a failed applicant for the role of Monolith in 2001: A Space Odyssey, the iPhone 6 Plus is for you. It’s an iPhone 6 with a 5.5” display, placing it firmly into phablet territory, and a price tag to match. For an unlocked  top-of-the-range 128GB model, you’ll have to part with £789. Comparing that to the 11” MacBook Air, also with 128GB at your disposal, that costs a mere £749 illustrates just how insane this prospect is.

Of course you do get something for your money. Not much, but something. You get a 1080p display at 400 pixels per inch, gifting you a panel fit for a landscape mode and the necessity of two handed use. Your shiny 8 megapixel camera gets some optical image stabilisation. You also get a monstrosity of a slab that puts even the Galaxy Note to shame. At least you won’t have to worry about carrying a wallet any more, with Pay, a new, secure wireless payment platform that comes integrated into both phones.

One more thing that came along was the Apple Watch. It’s fair to say that every major mass market attempt smartwatch thus far has been utter garbage – the most convincing one, Motorola’s recently launched 360, has software that doesn’t really support its circular face and the battery won’t last you a day unless you don’t use it – and it was fair to assume, not just hope, that Apple would do something a little bit more impressive.

Instead, we get what looks like a pretty generic high-end smartwatch. It comes in two sizes, for people with different sized wrists, and runs bespoke software reminiscent of iOS. Unusually, Apple has strayed from its venerable bastion font Helvetica, which now adorns both Mac and iOS, for an alarmingly Google-esque font which they claim brings improved legibility.

We will be able to judge this, and the battery life that Cook & co. perhaps conveniently forgot to mention at the keynote, early in 2015, when the Watch launches at a base price tag of $349, which is sure to translate to at least £299 on our shores. Also, if you fancy one from the Sport or glamourous gold Edition collections (indeed, Apple Watch Edition is a thing) then prepare to sacrifice your wallet yet again.

Last and by every means least, Cook reassured the world that Apple still operates within a fantasy world that is oblivious to change around it. U2, who haven’t had a number 1 single in the UK since 2005, are back with a brand new album, entitled Songs of Innocence, and by all accounts it’s a middling cacophony of Danger Mouse-produced rock. And it’s yours.

For just $100 million, Apple purchased month-long exclusivity for the release, gifting it to all 500+ million iTunes users. And you have no choice in this. It’s yours. Look on your phone and you will see Bono’s screaming face waxing lyrical about Joey Ramone or something (and yes, that is Bono on the artists icon in the iPod app). The widespread outrage at this gesture of generosity forced Apple to release a tool to remove the ‘virus’ from your iTunes library, but Bono doesn’t care. He’s too busy monitoring his bank balance on a gold-plated watch.

This article was originally written for The Broadie, a super cool magazine you should all be reading