Mozilla has just announced that they’ve got two “Developer Preview Phones” in the works which will run on their own Firefox OS. Both are made by relatively unknown Spanish company Geeksphone. The orange phone above is known as the Keon, and has 3.5-inch touchscreen and has a 3-megapixel camera on the back. It comes with 512MB of RAM and 4GB of internal storage, and runs one of Qualcomm’s 1Ghz Snapdragon CPUs. The white model is called the Peak, and has higher specs than the Keon, with a 4.3-inch screen, 1.2Ghz dual-core Snapdragon S4 CPU and an 8-megapixel camera, though it has the same storage and RAM. It runs on a 1800mAh battery, slightly larger than the Keon’s 1580mAh cell.

Mozilla didn’t mention anything to do with price or  a specific release date, but Digixav understands that the Keon will start shipping next month.

These handsets clearly aren’t going to set the world alight, and it seems as though Firefox might be targeting developing markets with cheaper smartphones. Software-wise, from a purely visual perspective the home screen looks very similar to the iOS one, simply with circular icons instead of Apple’s square ones. We have to say that it is a big disappointment that Mozilla couldn’t have found a fresh or innovative design rather than slightly altering one which is five years old.

Firefox OS works very differently to current mobile operating systems. The processors might seem tiny compared to the quad-core beasts powering the latest phones, but Mozilla have tried to make it so the phones don’t need huge processors to run smoothly. The big thing that sets it apart from rivals, however, is that Firefox OS doesn’t do native apps. What might look like native apps on the phone are actually website bookmarks. This means it can all be written in HTML5, which could be a big boost for some developers. This is a certainly a huge step Mozilla have taken, and it will be interesting to see how the consumer market responds. Mozilla reckons that we’re not doing apps right at present, and we could lose the wonderful open web we currently take for granted.

Here at Digixav we’ll certainly be watching closely to see whether Firefox OS can make a significant impact on the smartphone audience. With an Ubuntu mobile operating system on the way, it will be very interesting to see whether this new breed of open source software can have the desired impact on the iOS and Android dominated market.

Yet another carrier can be added to the list of those bearing LTE compatibility as the Italian carrier TIM has flipped the switch on its new “Ultra Internet 4G/LTE” network. It debuts in Milan, Rome, Turin and Naples and is set to reach a further 20 cities by the end of the year, with half the Italian population in LTE areas by the end of 2014.

Currently the network is limited to LTE modems and tablets, and €35 gets you a very respectable 20GB per month in both tariff and contract form. Available at €349 upfront is also an LTE modem (Onda MT8205) with 12 months worth of the 20GB data plan. Tablet offers include a €35 plan if you already have a compatible 4G LTE tablet or €45 a month for the deal with a free Samsung Galaxy Tab 8.9 LTE. The Italian arms of 3 and Vodafone are also set to launch LTE services by the end of the year, so 4G seems set for a speedy rollout through Italy. 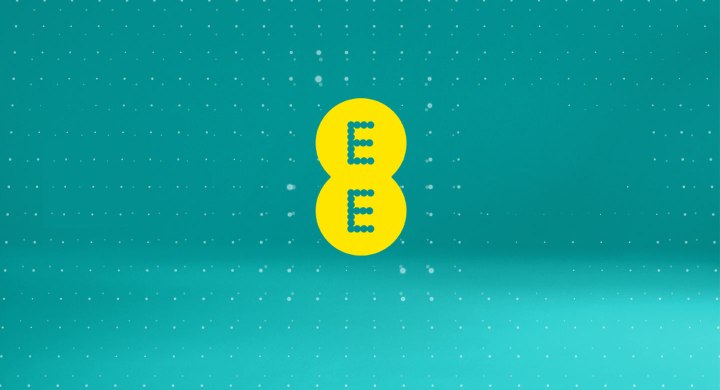 In preparation for the launch of their 4G LTE service on October 30th, EE today confirmed the pricing of devices and services on their network. All deals will include unlimited calls and texts, while deals above and including the £41 tier will get an additional media service from a choice of Deezer, 2 Gameloft games per month or live mobile TV from up to 20 channels. A £10 surcharge is applicable to any plan to reduce its length from 24 to 12 months, and existing Orange and T-Mobile customers who have signed deals in the last 6 months may make the switch to an LTE-enabled device for £99 plus any applicable change in monthly cost.

The reception to the tariffs has been hostile from many consumers, with some accusing EE of abusing their temporary monopoly on LTE in the UK and others pointing out that the late timing of this announcement allows for the costs to be buried while many customers sleep. As more networks introduce LTE services over the next year prices will undoubtedly be cut down, but until that point EE’s stranglehold on the market will ensure that the price you have to pay for the fastest data connection in the UK is not a cheap one.

Contract pricing with devices
All plans include unlimited calls and texts.

This week’s app of the week is Monsters Ate My Condo, a game from Adult Swim for iOS and Android. The game is simple – various monsters want feeding, and you do that by feeding them apartments. If you make a chain of 3 or more condos of the same colour, you get a shiny bronze combo condo, and then you gradually get all the way up to diamonds. Feeding shiny condos to the monsters activates special powers, and the game ends when a monster is neglected and goes on a rampage or your tower block falls over. Add in some seizure-inducing colours, wacky animation, a blue unicorn that vomits rainbows and a fat lady that sings when the game is over, and you have yourself a ridiculously addictive game.

Monsters Ate My Condo, iOS and Android, 69p
Download from the App Store or Google Play

Have you ever dreamt of having x-ray vision? If so, new research from the University of Texas that could lead to x-ray cameras built into smartphones should be right up your street. The range of vision would be restricted to 4 inches for privacy reasons, and such cameras are years away from commercial availability, but these developments are exciting nevertheless.

While the smartphone of today has become a pretty amazing sensor for discovering the real world, the smartphone of tomorrow may just give you the ability to have X-ray vision. That’s the potential implication of a breakthrough at the University of Texas, Dallas, where researchers say they have taken a big step closer to enabling a phone to see a short distance through wood, walls, plastics and other objects.

It comes down to the ability to bridge what’s called the terahertz gap in the infrared band. The terahertz band is largely unused because the band is too high for electronics and too low for light-based systems. But an engineering team at the University of Texas at Dallas has found a way to create images with signals in the terahertz band without having to use multiple lenses inside a device. Basically, they’re able to focus light without using a lot of big lenses and…

Google wants to make the web more mobile, and is willing to splash the cash to do so.

Google(s goog) wants to bring more small websites to mobile phones, and to help nudge those sites along it’s willing to foot the bill for a year. Google, with the help of mobile Web optimization startup Duda Mobile, is offering for 12 months free hosting and customization of Web sites for mobile browsers in an effort to make more Internet content mobile-friendly.

Fortune first broke the story Thursday morning, reporting that the initiative as a new service, but according to The Next Web, the offer is really an extension of the Go Mo program Google launched in November. TNW cited a post on Duda Mobile’s blog that has since been removed from its Website:

“Our hope is that by offering both the education AND the service at no cost for one year, we can help businesses make the shift to mobile more quickly, benefiting both their business as well…

Tweetdeck, my favourite Twitter client for iOS and PC, has been rather stagnant since its acquisition by Twitter last year, but news from TechCrunch of a major update to the fantastic mobile apps goes down very well in my eyes.

“OMG I’ve seen this totally cool new phone, I really just have to get it!”

“Oh really? What is so good about it?”

“It’s got a quad-core processor”

“What does that mean?”

“I have no idea. However it sounds WICKED!!”

Companies trick you into thinking that you always have to have the latest thing, and the today’s society pressures you into believing all the given specifications are absolutely amazing. However, the truth is, some of it just isn’t needed. Why would you want a quad-core processor? To have a faster phone obviously. However you will never need that much power, nor will you ever use it! People say they need the power for gaming; however computers that don’t have quad-core processors have been used for gaming for so many years and are completely fine. Also why would you want to play high quality games on your phone? The screen is so small and the graphics are such poor quality that it isn’t worth it, not if you want anywhere near decent detail and picture. My phone (HTC Sensation) has a dual-core processor; and that works sensationally. I can multitask efficiently, I can play music whilst on the internet and texting and running social apps in the background. I can receive emails and play on apps at the same time. The speed is fantastic and you really couldn’t need a faster phone.

Quad-core costs a lot more money and quite frankly, it isn’t worth it. You may think it is cool to have it, however you will never use all four processors at once, and so you will never notice the fact that you have them.

МегаФон is definitely my kind of network…